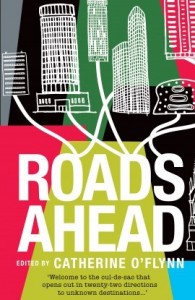 In 1999 a spiky anthology of young writing was the first title to appear from the Tindal Street Press imprint and the first on a prize-winning road ahead. Praised for its energy and variety, Hard Shoulder kick-started the careers of several young writers, editors and publishers. Ten years on, Tindal Street Press celebrates a decade of prize-listed publishing — and of commitment to the short story — with a showcase that’s just as groundbreaking. Author Catherine O’Flynn presents exciting new voices from the next generation of English writers.

‘It might be a good idea for other editors to get hold of Roads Ahead and investigate its many talents. If they still do things like that.’

‘There is an accessibility and lack of pretentiousness to this whole collection that is very likable indeed.’